Targeting kinases is central to drug-based cancer therapy but remains challenging because the drugs often lack specificity, which may cause toxic side effects. Modulating side effects is difficult because kinases are evolutionarily and hence structurally related. The lack of specificity of the anticancer drug imatinib enables it to be used to treat chronic myeloid leukemia, where its target is the Bcr-Abl kinase, as well as a proportion of gastrointestinal stromal tumors (GISTs), where its target is the C-Kit kinase. However, imatinib also has cardiotoxic effects traceable to its impact on the C-Abl kinase. Motivated by this finding, we made a modification to imatinib that hampers Bcr-Abl inhibition; refocuses the impact on the C-Kit kinase; and promotes inhibition of an additional target, JNK, a change that is required to reinforce prevention of cardiotoxicity. We established the molecular blueprint for target discrimination in vitro using spectrophotometric and colorimetric assays and through a phage-displayed kinase screening library. We demonstrated controlled inhibitory impact on C-Kit kinase in human cell lines and established the therapeutic impact of the engineered compound in a novel GIST mouse model, revealing a marked reduction of cardiotoxicity. These findings identify the reengineered imatinib as an agent to treat GISTs with curbed side effects and reveal a bottom-up approach to control drug specificity. 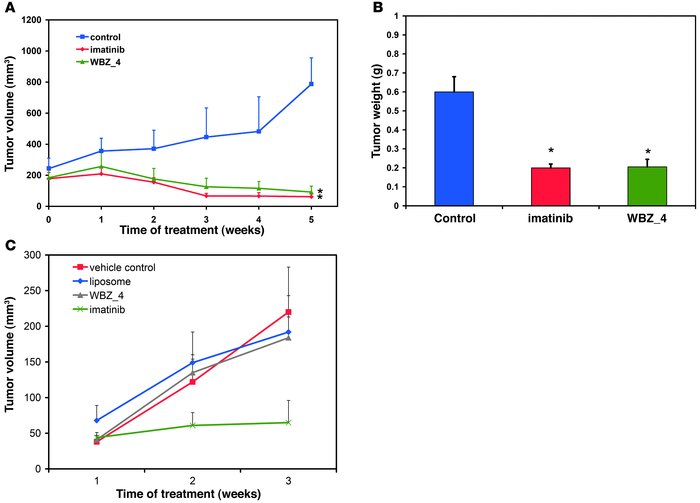